My Most Memorable Day With Refugee Youth Service 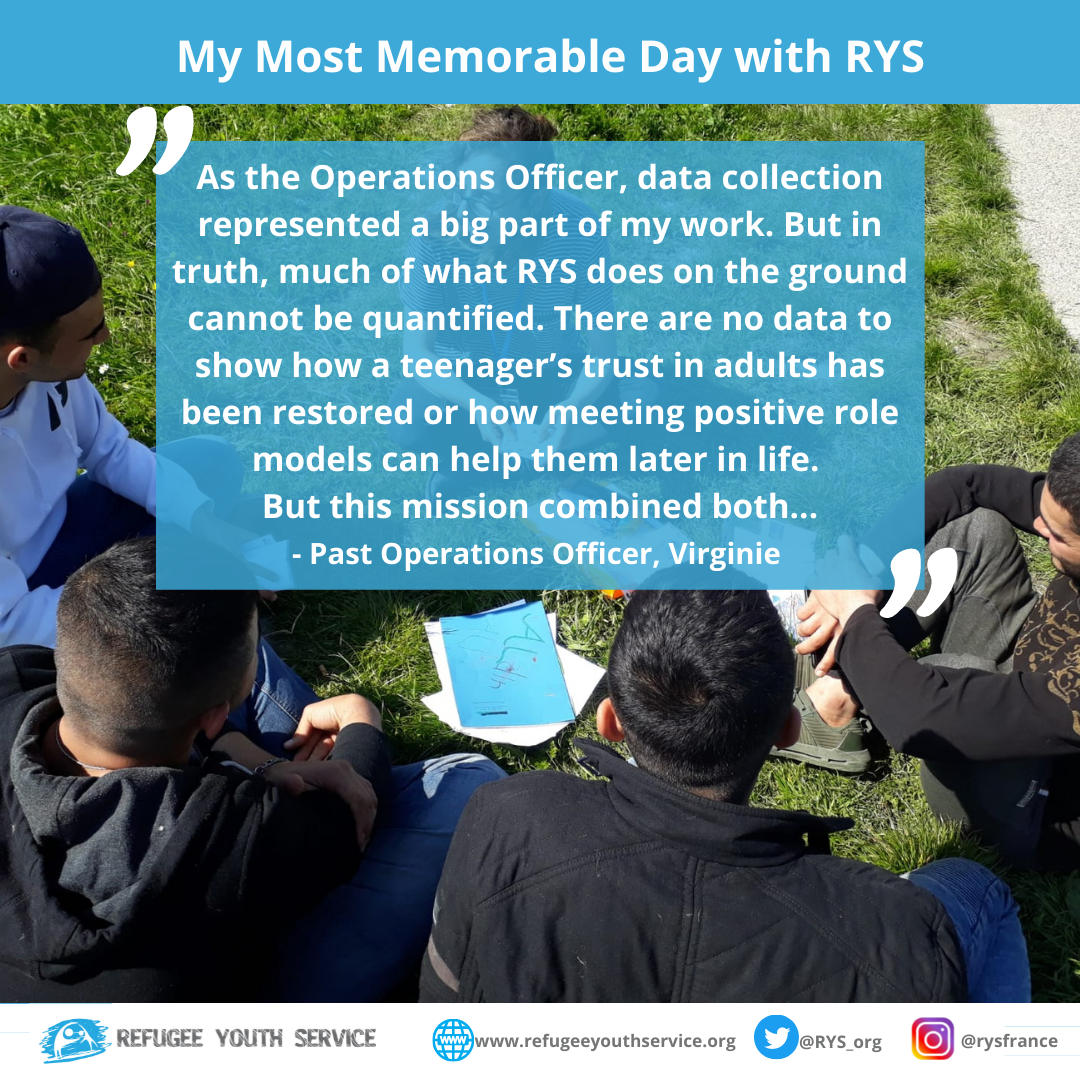 December 30 2020 marked both my 30st birthday and a unique day as the Operations Officer for Refugee Youth Service in Calais. Instead of the usual administrative and support tasks, I accompanied the Outreach Coordinator and the Project Manager for a special mission to help unaccompanied minors in France. This day was the last one before the end of the transition period for Brexit, with important consequences for the lives of many refugees - especially unaccompanied children - across Europe.

Working hand-in-hand with SafePassage, a NGO helping child refugees access their rights, our team drove five minors to their appointment at the Prefecture in Lille. There, they introduced their files, asking for asylum and through the process, requesting family reunification with family members in the UK. Prior to Brexit, unaccompanied minors could request family reunification under specific circumstances but as of the 31st December 2020, this process along with other European agreements stopped.

This was no appointment to miss. Before sunrise, we set out for Arques, a small town near St-Omer to collect one of the minors. He wasn’t housed in the child services’ accommodation as his minority had been denied by the very authority in charge of protecting him. His only alternative was to live in a budget hotel - supported by SafePassage - while waiting for his case to be processed by the French administration.

Too often during their journey to and across Europe, unaccompanied minors are met with disbelief and suspicion. They see their minority denied, and are sometimes treated as adults by the authorities. This in turn, makes them especially fearful of police and administration in Europe. An important part of the work accomplished by RYS on the ground is building trust with these children on the move. While the reality is that some adults aren’t there to help them, the team’s hope is that they also know that some are, and reach out to them if needed.

As the Operations Officer, data collection represented a big part of my work. But in truth, much of what RYS does on the ground cannot be quantified. There are no data to show how a teenager’s trust in adults has been restored or how meeting positive role models can help them later in life. But this mission combined both a concrete action to support unaccompanied children and this immeasurable - but nonetheless important - work of reaching out and creating a relationship with them. It can be as simple as starting a casual conversation about family, asking about someone’s taste in music or listening to each other’s favourite tunes.

I have observed first-hand how important these seemingly simple things are. I have seen how taking the time to build a relationship with unaccompanied minors can offer them a break from the survival mode they are forced to live in. Having the chance to simply be a teenager allows them the headspace needed to think about their time in Europe, where they would like to go and what they would like to do after, almost like any other person their age.